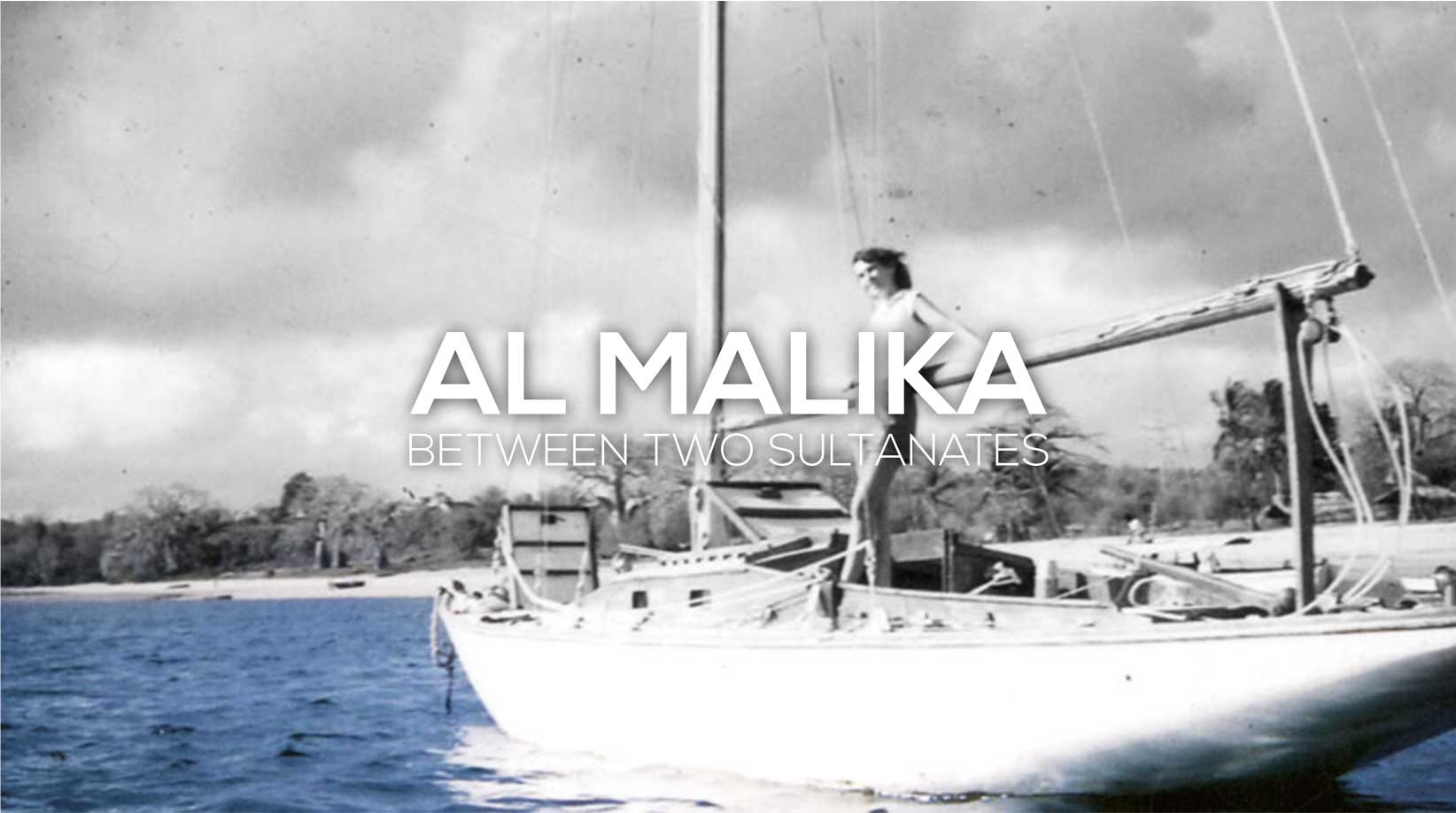 Who remembers Al Malika in Durban?  We received some information and a lot of questions from Mohammed Al Rahbi, a History Researcher from Muscat, Oman.

“I’m doing a research on an old Daytime Sailing Boat called “Al Malika” which was gifted in 1933 from King George V of Great Britain to Sultan Khalifa Bin Haroub – Sultan of Zanzibar 85 years ago, we are now at a stage where we want to ship her to Oman as her finale home”.

During my research I came through 2 newspapers with articles that mentioned “Al Malika” was offered up for sale while she was anchored at the Durban Yacht Mole, below are the newspapers titles.

Links with stories on her :

At the moment I’m tracing and searching for Mr. Dave/David Sutherland & his family from Durban:

As you can see from the 3rd link above that his daughter (Anne Dornan) wrote a letter to Knysna Wood Workers website, but for some reason they lost her email. I’m just sharing her name just in case if this rings a bell.

If we have enough information about “Al Malika” presence in Durban than we would like to come for further research & maybe to meet & video interview living witnesses.

“Al Malika” has experienced 5 owners until today, and I’m in touch with all her previous owners apart from the Sutherlands’ Family.

In this below link, where we received a letter from Late Mr Dave Sutherland’s daughter Ms Anne Sutherland (now Dornan), But later on we lost her email so I couldn’t communicate her.

Anne Dornan mentioned this about her father:

He then brought the yacht to South Africa from Watamu (in Kenya) where it was moored, and after being hit with a massive sea during the Monsoons he lost his rudder and was found on the point of death lost at sea. His radio and everything had been washed overboard. He had prepared to die – but was found and helped to Mozambique by a passing ship. He was then promptly imprisoned for some time – not sure how long and after that he managed to get it fixed and limped into the Durban Yacht Mole – he made the front page of the Mercury then – about 1972 – “Lone sailor enters Durban harbour” I think was the headline.

IF YOU HAVE ANY INFORMATION THAT WOULD ASSIST  PLEASE LET MELENEY KNOW AT MANAGER@RNYC.ORG.ZA