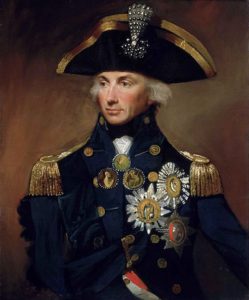 This Friday night we will again host our annual TRAFALGAR NIGHT DINNER to commemorate the battle of Trafalgar and the celebration of the victory won by the Royal Navy, commanded by Vice-Admiral Horatio Nelson, over the combined French and Spanish fleets at the Battle of Trafalgar on 21 October 1805.

Our guest speaker this year is Captain Graham Walker, Senior Staff Officer Surface Warfare. Earlier in his Naval career Captain Walker joined the Frigate Squadron as Operations Officer of the third Frigate, SAS SPIOENKOP when she arrived back in South Africa, serving on the Frigates until the end of 2011 when he stepped off SAS MENDI having been the Executive Officer for nearly 3 years.